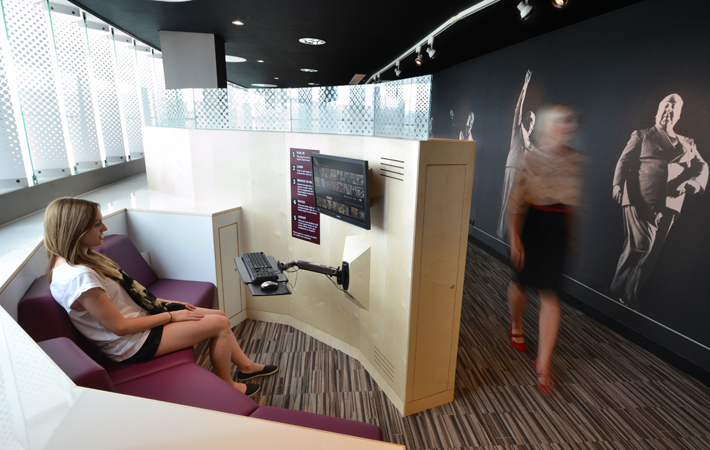 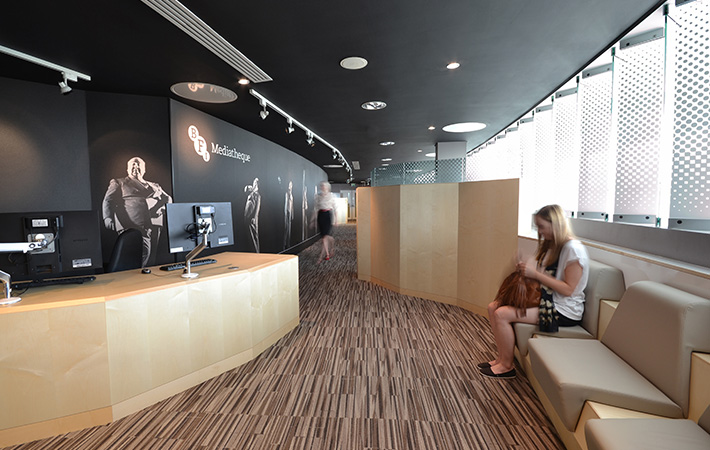 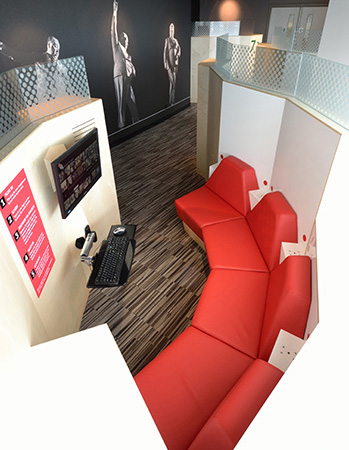 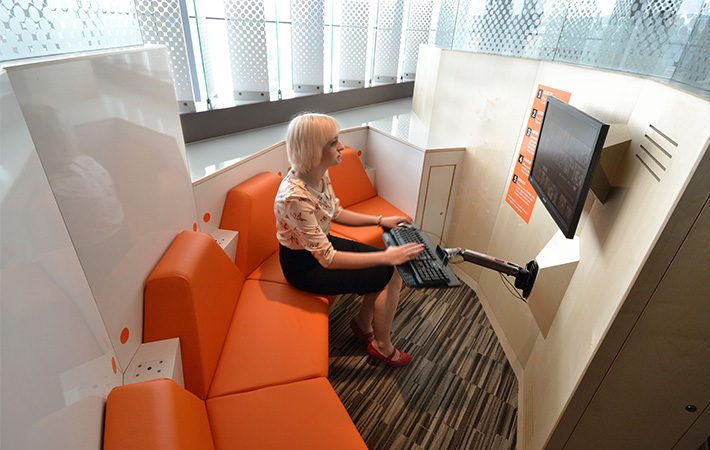 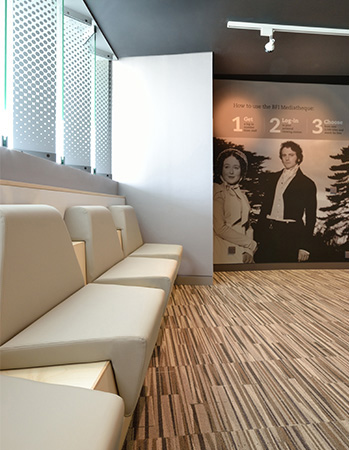 Colourful viewing station pods in a flowing configuration are the essence of the design of the latest addition to the BFI Mediatheque family, just opened at the National Media Museum. The new Mediatheque is situated on level 6 in the museum, in an unusual curved long thin gallery space. To satisfy the brief to provide both privacy and accessibility, NRN Design created a flowing configuration based on the ripples made in sand by the tide. Individual viewing stations have been designed to accommodate up to 4 people, with one station equipped for wheelchair access. The flow of the room is enhanced by the configuration of monolithic sycamore faceted walls of the booth themselves and large format film graphics that run along the entire length of the Mediatheque area. Each booth is defined by its own colour to create a relaxed area that cocoons people in an engaging space, allowing people to access this unique film archive in private. Mediatheque is a free facility, sourcing its content from the BFI National Archive, the world’s greatest and most diverse collection of film and television. With over 2,500 titles available to watch, from home movies to feature films, documentaries to kids’ TV, many titles have rarely been seen since their original release or broadcast.